There are three types of noodles in Japan that most people are familiar with: ramen, udon and soba. Soba, made from buckwheat, is Nagano’s most famous local food. You can find it anywhere, but there are certain places within the prefecture that are particularly well-known for its soba. One of those places is Togakushi, near Nagano City.

Mostly known for its connection to Japanese mythology and its five shrines, Togakushi is a small village in a mountainous area surrounded by forest. Its location and climate make it the perfect place to grow buckwheat to make soba. Some people say Togakushi the birthplace of soba. It is also said that there is a professional soba maker in every household in Togakushi. Although that’s just a saying, it proves how important soba is to the Togakushi area.

They even have a soba museum. Its official name is the Togakushi Soba Museum Tonkururin and it tells you about the history of soba and how it came to be so important for the Togakushi area. Besides that, it also features materials and tools used for making soba, and offers workshops where you can try your hand at making your own!

So what’s special about Togakushi’s soba?
While Shinshu soba (soba of the Nagano area) has to be prepared in a certain way – at least 40% of the flour used for the soba has to be buckwheat flour from the Nagano Prefecture – Togakushi soba has its own distinct characteristics on top of that, which are as follows:

Every year around November, Togakushi also has a special soba “eating tour” festival that lasts about a month where you can buy a booklet with four tickets (2,200 JPY) and then go around several soba restaurants and try a half-portion (“hanzaru”) of their fresh soba. There are about 40 restaurants in the Togakushi area and 28 of those are participating with the event this year.

While you get some soba and tea in exchange for a ticket, you can also choose to order something extra from the restaurant’s menu. Each restaurant has their own side dishes that can complement the noodles, such as tempura or soba dumplings. 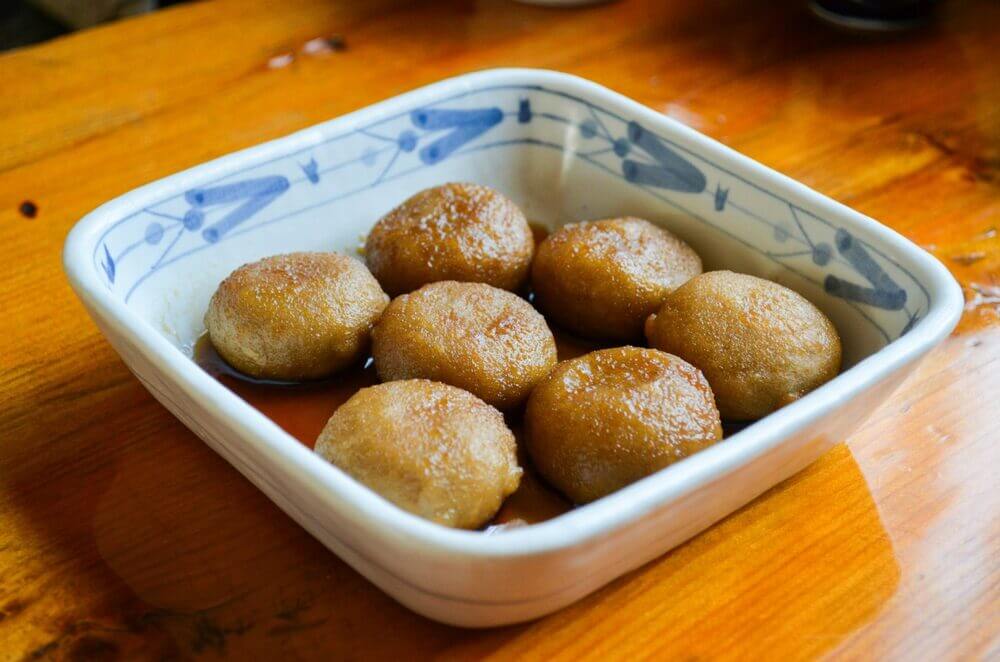 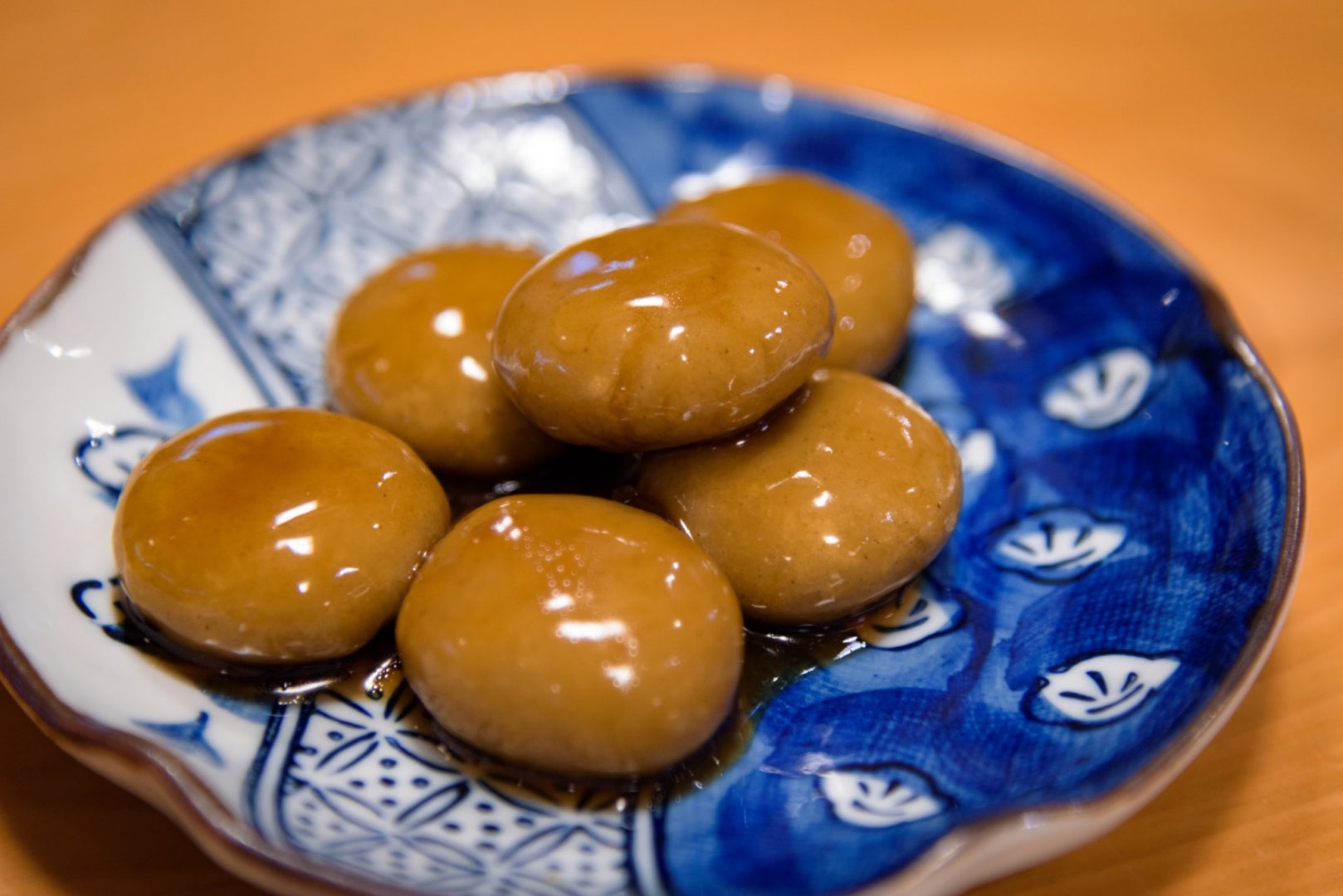 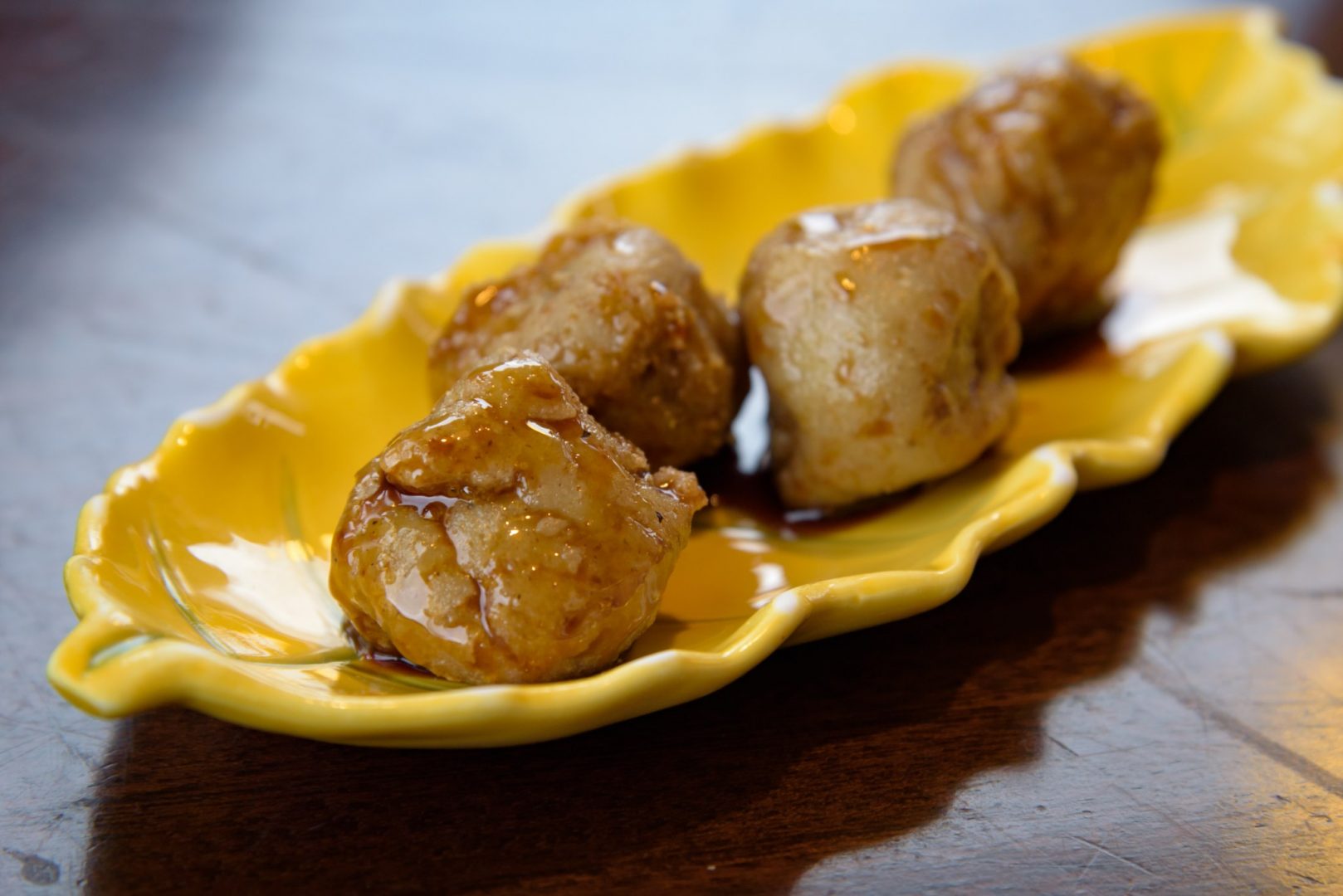 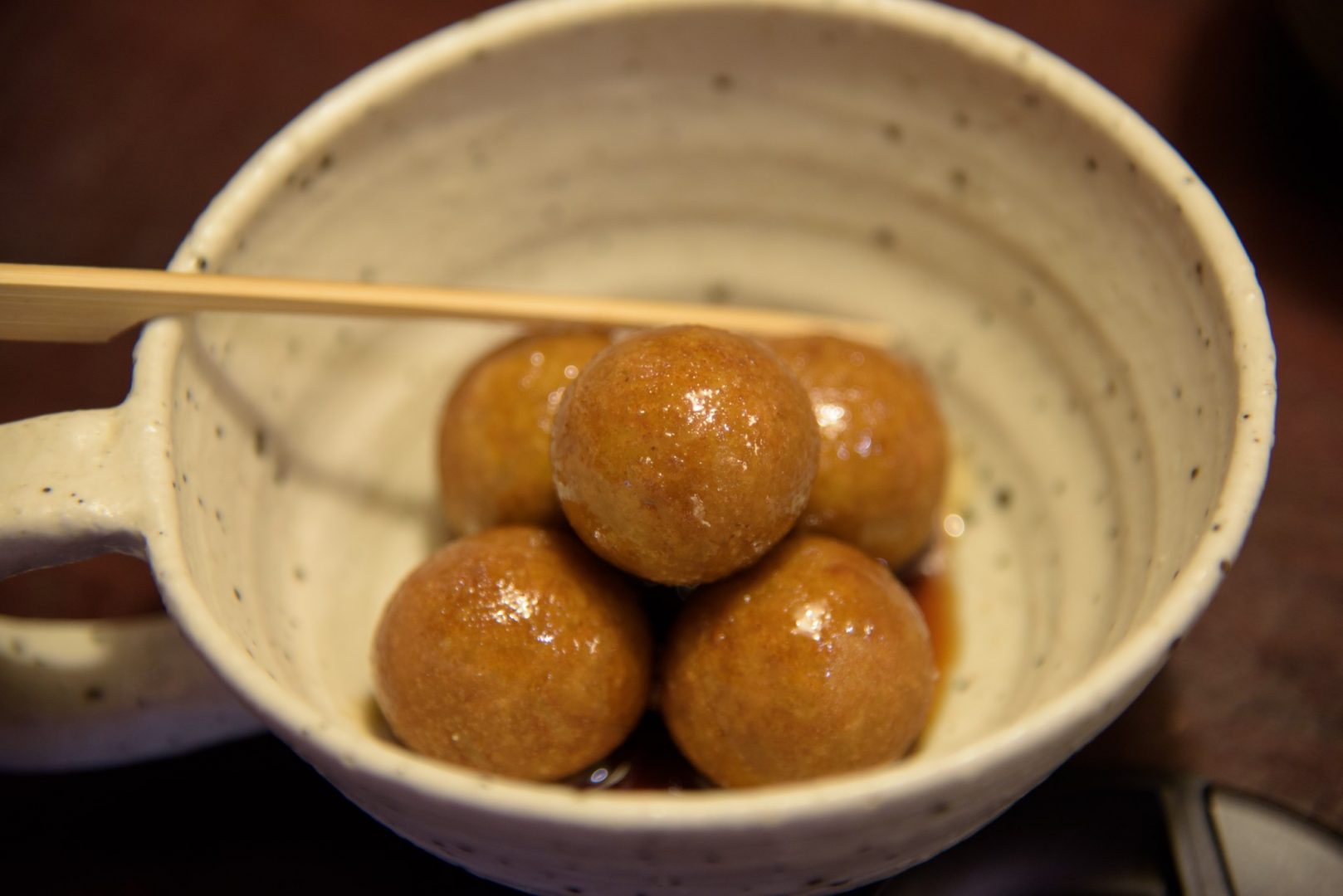 Soba dumplings, or “dango”, are made from soba dough and covered with a sweet soy sauce. Each restaurant has different ways of preparing the dumplings, so it was really fun to try several of them out.

They even have soba-flavored dessert! Ice cream, cheesecake and crème brûlée.

Besides trying out soba at different restaurants, there is a lot more to see and do in the Togakushi area. Check out our blog about hiking the 5 shrines trail here and discover Togakushi’s ancient history.

How to Get to Togakushi

Togakushi is easily accessible from Nagano City via the Togakushi line. There is one bus going roughly every hour, starting from 6:57. From Nagano Station, take bus 70 from bus stop 7 (see image below) and after about an hour you will arrive at Togakushi Chusha, where there are plenty of restaurants as well as the tourist information center near the bus stop.

The Zenkoji & Togakushi 1-day ticket allows you unlimited rides in the Togakushi area and the buses between Nagano station and Zenkoji Temple.

The Togakushi Shrine Excursion Ticket includes a round trip to Togakushi from Nagano Bus Terminal, Nagano Station or Zenkoji Daimon, and allows you 5 days of unlimited bus rides in the Togakushi Kogen area.

In addition, this ticket gives you discounts at certain places in the Togakushi (and Nagano City) area as well, so it is highly recommended if you want to get the best value.